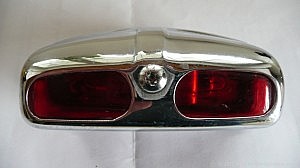 The rear light unit fitted to my Matchless G3LS when I bought it back in India was one of the common Lucas 564 types found on so many Royal Enfield’s and the like.

However, if the 1951 Matchless part book is to be believed, the ‘correct’ rear light for my year of bike is actually a Lucas 467/2 (I say ‘correct’ in inverted commas because who knows what it was actually fitted with!).

The old lamp needed to be replaced as the reflector and bolts were badly corroded and the lens was cracked. My initial intention was to fit one of the 467/2-style lamps as these look quite different to the 564-style lamps. The 467/2’s have two windows cut into a chrome cover for the rear lights, whereas the 564 is just a one-piece red plastic lens. However, it seems that the 467/2 lights aren’t readily available any more – a couple sometimes appear for sale on eBay and the like, but they are much sought after and so go for far too much money.

So in the end, I went with a cheap reproduction 564-style lamp whilst I was in India and have subsequently replaced this with a genuine Lucas unit which is much better quality. Maybe I’ll just keep an eye out for a 467/2 and see if one comes a long..

Here is a gallery of some other pictures of a Lucas 467/2 unit that I found in various sources (although I can’t remember where now) when I was trawling the web for more information on this type of rear light: 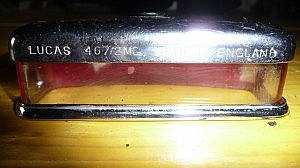 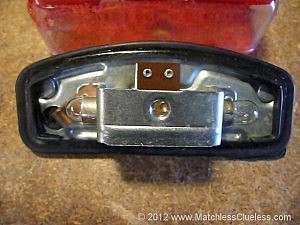 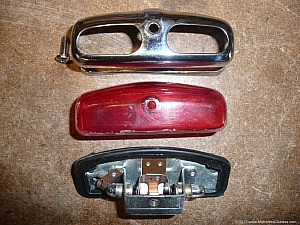 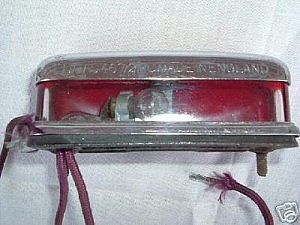